I’d like to thank Ann Finkelstein for asking me to participate in this blog hop. I’ve been neglecting my blog, and this gave me a reason to get back to it. Ann is a talented writer and photographer whose YA fantasy is now out on submission. You can read about her writing process here.   I’m tagging Stephanie Bearce and Nancy Tupper Ling, two charming and witty writers.

–What are you currently working on?

Right now I’m working on a contemporary YA novel that’s a modern retelling of a classic.

–How does my work differ from others of its genre?

I’m not aware of any recent updates of this particular work. And if there are any adaptations out there, I doubt that they feature high school cross-country runners.

–Why do I write what I write?

This current project hit me over the head three days after my husband and I decided to move to Portland, Oregon. Scenes started unfolding in my head while I was out on a walk. Before I got home, I came up with any number of ways to deal the adjustments that I’d have to make to pursue the project and stay quite true to the source material. Otherwise, I tend to write the books that I like to read. My YA novel, SUSPECT, belongs to the cozy mystery genre. My contemporary fantasy, SAVING THE GRIFFIN , has been called a Narnia in Reverse by one reviewer, but one astute librarian recognized it as an appreciation for the works of Edward Eager. I always liked reading books about kids in unusual settings, so I knew that I had to pursue DEFENDING IRENE, about a girl playing soccer on a boys team in Italy.

Since I’ve also been a fan of historical fantasies, as exemplified by Megan Whalen Turner’s Attolia series and Lois McMaster Bujold’s Curse of Chalion , I’ve tried my hand at a couple of those. I’m also in the midst of working on one set in a place that has a number of things in common with Ancient Egypt a few generations after the invasion of Alexander the Great. But my Xander cemented his empire instead of having it fragment after his death. And then there are the magical elements…

–How does my individual writing process work?

I like writing the first draft of a scene by hand while using Natalie Goldberg’s strategy in her book called Writing Down the Bones. Here’s the short version. go into a coffee shop and “rent” a table through buying some kind of snack or beverage. That place is now my office, and I want to get my money’s worth. I pick up the pencil and start writing, keeping the hand moving at all times. Often, I get dialogue with just a sprinkling of action. Once I get home, I type everything into a computer and add a few more details. Then I keep working on the scene by layering on action and description. Once I bring that up to the level of a semi-polished rough draft, I head back to the coffee shop to start another scene. I usually have a general idea of where I’m headed, but I leave things open enough that I can follow inspiration. Sometimes I’ll jump ahead and write a key scene, but I usually work sequentially. 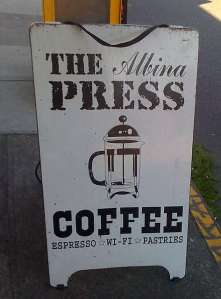 I tossed a lot of this process out the window for my current project. In two weeks, I went through the original work conversation by conversation and scene by scene and pulled together my take on what was going on with the modern characters. This took about two weeks. I’ve been building on this initial structure ever since. I’ve added some scenes of my own and taken some out of the original that just didn’t work in a modern context.

Stephanie Bearce’s Top Secret Files of History series will be coming out this fall, starting with Spies, Secret Missions, and Hidden Facts from World War II. I’m privileged to be in Stephanie’s critique group, so I’ve learned all sorts of cool things that have been hidden in history. This blog hop might wind up being one of her first blog posts on her new site. Stephanie will be posting on or around July 9th.

Nancy Tupper Ling is a talented children’s writer and poet. We met a few years ago at a retreat put on by our literary agency. I’m especially looking forward to one of her upcoming picture books. Here’s the official announcement: THE YIN-YANG SISTERS AND THE DRAGON FRIGHTFUL is a charming original fairy tale, told with heart and humor, about twin sisters Mai and Wei whose village has become encumbered by a very problematic dragon. Wei wants nothing more than to send that nasty old dragon packing. Mai… isn’t so sure. What are two sisters to do? Nancy will be posting on or around July 14th.